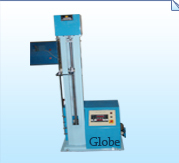 The GLOBE Lea Strength Tester is constructed on a study fabricated steel structure with a heavy base plate which can be directly placed on the ground. The lea is placed between two pins, one of which is moving and the other is attached to a load measuring arrangement. The moving pin is driven through a screw arrangement driven by a motor and a worm reduction gearbox. Provision has been made for automatically stopping the motor at the extreme positions of the moving pin. Two movable pins are provided, one for testing metric leas of 1 metre swift perimeter and the second for testing imperial leas of 1.5 yards swift perimeter.

In case of pendulum type testers the load exerted on the lea is measured with the help of the deflection of a pendulum and is indicated on a circular dial having provision for indicating the maximum load applied before failure of lea occurs. Load measurement is done in three ranges. The ranges can be changed by adding disc weights to a pin fitted at the outer end of the pendulum arm. Overload protection to automatically stop the motor if the load exerted goes above the maximum capacity of any range is also provided.

In case of electronic type testers the load is measured with the help of a load cell and digital indicator having a peak hold and overload protection facility.

The apparatus is finished in shore blue matalic painting and bright chrome or zinc plating to give it a corrosion resistant finish. 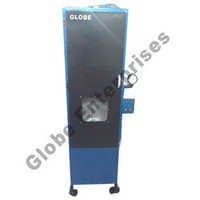 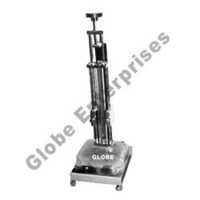 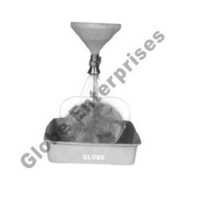 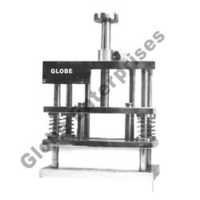 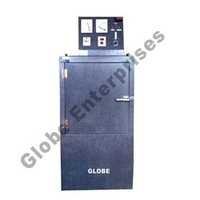